ICISF’s Development Coordinator, Kelly Hall, had the opportunity to sit down with the Anne Arundel County CISM & Peer Support Teams (Fire Rescue and Police) recently and learn more about their team and how ICISF training has benefited them.  This time of year is not only about the season of giving, but also giving thanks.  We would like to show our support of not only first responders in our community, but also nationwide and internationally this giving season.

The Anne Arundel County Fire Rescue Peer Support Team has been around since the 1990’s and was created to help fellow firefighters after critical incidents.  Research was starting to come out sh

owing that PTSD was becoming more apparent in the late 1980’s-1990’s, not only in fire rescue staff, but also Vietnam Veterans.  They created this team to support other firefighters and get them through tough times.  They have 45 active team members currently.  The team members have joined this team to help others as they have had past experiences after critical incidents that were difficult to deal with and they are hoping to help other firefighters so that doesn’t happen to them.

The firefighters on this team watch out for other employees and the Peer Support Team members talk with them when they have had a difficult call.  Their typical calls are peer to peer support.  They have had to answer difficult calls recently regarding drownings and vehicle collisions with children. 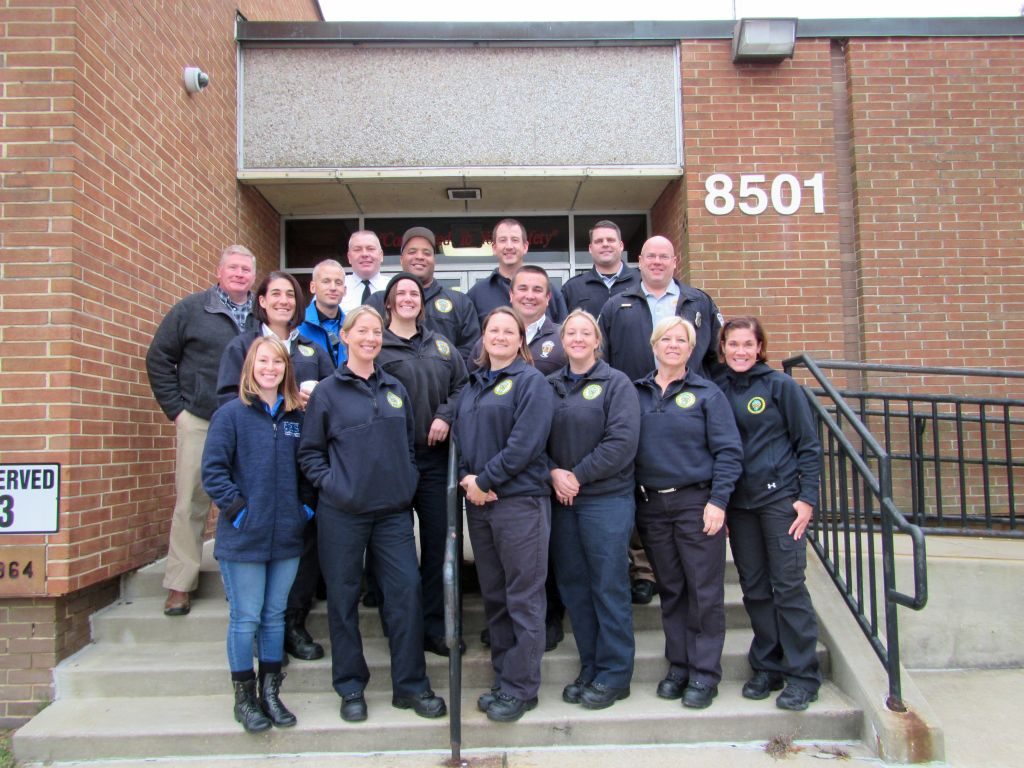 Some of the team members have been working quite a bit with the recruits as well.  Holly said that one way that some of the team members handle the stress with answering calls is “compartmentalizing and they decompress after a critical incident.”  She said that “firefighters are generally task oriented and when answering the call is part of their task, they want to do the best that they can during a difficult time.”  Eric Peterson says that “Part of what helps them is the ICISF training that they have received as they now have the ability to recognize when something isn’t right within even themselves.  No matter how exhausted we might get, we still answer the call as it is our people that need help.”  They say that one way that they help themselves is by exercising on a regular basis and doing something to help others.  Holly says that “we like to practice what we preach so to speak.”

The Anne Arundel County Fire Rescue Peer Support Team does work closely with the Police CISM Team and Crisis Response, which responds to the surrounding community.  Although their team is still younger, they are currently working on getting as much training as possible through ICISF to benefit the team and the other firefighters and the community they support on a daily basis.

ICISF training has been beneficial to the team as it gives them a framework for debriefings and provides the next steps after a critical incident occurs.  As information changes over the years (i.e. from formal to informal debriefings), it has been great to stay updated on current information and receive additional knowledge to help others.  Their team has been able to help not only newer firefighters in the department, but also firefighters that have been working for the department for many years.